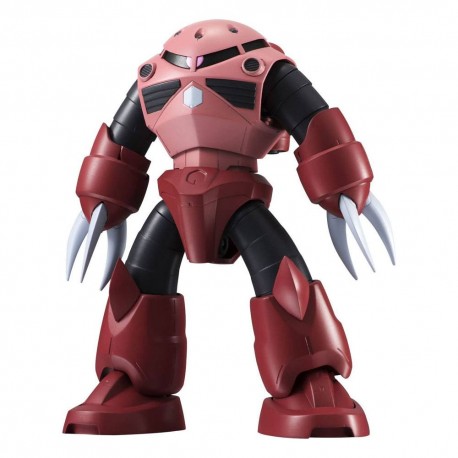 The Robot Spirits presents the ultimate portrayal of Char Aznable's legendary amphibious Mobile Suit, the MSM-097S Z'Gok! Posability like you've never seen before makes this one of the most expressive versions of the design ever released in toy form. Rotating and expanding joints plus numerous option parts give it incredible posability. It even comes with a punched-through torso for an RGM-79 GM (sold separately), letting you replicate the climactic attack scene from the anime. Set includes the Z'Gok figure, two four-clawed hands, a fixed-pose monoeye, two claw laser effect parts, a damaged arm effect part, a punched-through GM torso, and two thruster effect parts.