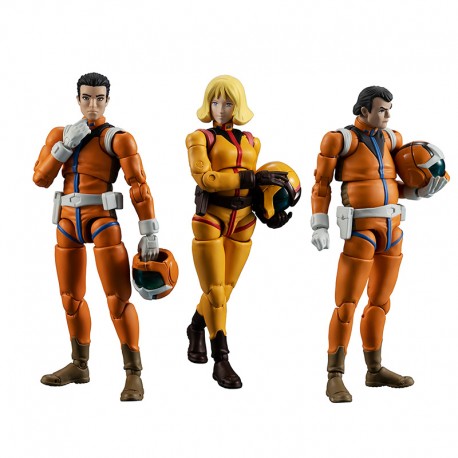 From the anime series Mobile Suit Gundam comes a new set of articulated figures based on the soldiers of the series- the Gundam Military Generation (G.M.G)! The next in the series are the Earth federation force soldiers!

No customer reviews for the moment.