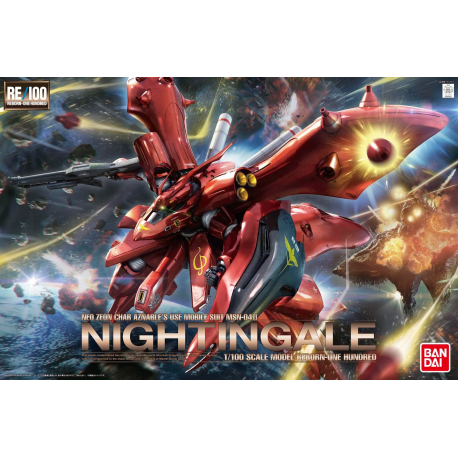 By buying this product you can collect up to 16 loyalty points. Your cart will total 16 points that can be converted into a voucher of 1,60 €.

This product is no longer in stock

Gunpla are classified by ranges (called "grade") according to their quality and/or size. The main ones are :

- NG No Grade (1980), although the term only appears much later, it refers retrospectively to the first models released as early as 1980.

- MG Master Grade (1995), of higher quality than HG High Grade with, for example, the internal mechanics fully modeled at a scale of 1/100.

- EX-model (2001), range dedicated not to robots but to vehicles and related flying machines.

- Super Deformed Gundam or SD Gundam is a Japanese animation franchise whose works are parodies of the Gundam saga, adopting the graphic codes of the super deformed.

However, the exhaustive classification is much more complex, since it depends on the scale (from 1/550 to 1/35), improvements (the master grade range exists in versions 1.5, 2.0 and 3.0) and special events (a Ver.G 30th range was released for the thirtieth anniversary of the franchise for example.